A neural pathway is a series of neurons connected together to enable a signal to be sent from one brain region to another. Neurons are connected by a single nerve fibre or by bundles of nerve fibres known as tracts.

A neural pathway that serves to connect relatively distant areas of the brain or nervous system is a bundle of neurons, known collectively as white matter. A neural pathway that spans a shorter distance between structures, such as most of the pathways of the major neurotransmitter systems, is usually called grey matter. (1) 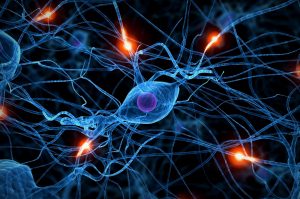 Muscle memory can be best described as a type of movement with which the muscles become accustomed to over time. For example, new borns don’t have muscle memory for activities like crawling or walking, (Ellis-Christensen, 2012).

The three stages of building these pathways are:

The cognitive stage begins when the learner is first introduced to the motor task. This is where the early identification and understanding of the skill is to be learned. Individuals focus on how to do the skill rather than actually practising it. This is achieved by watching, thinking, analysing and visualising.

The associative stage is where the practice of the skill begins. The learner may not be able to perform the skill to a high level, but they have an understanding of how it is done.

The autonomous stage is characterised by executing the skill automatically with no conscious thought. The individual can perform the skill fluently and instinctively.

How does this relate to powerlifting? Well, like anything else, powerlifting technique is built over time. Weeks, months, even years spent perfecting and honing the movements.

It’s a tough process, and researchers believe it takes 5 months to start performing a movement automatically, with constant training. Factors such as injury, illness and bad habits can slow or hold back this progression.

What can you do to help the process?

If you don’t use correct form at the start of your training regimen, any flaws in your technique will become bad habits. It will take a long time to break these bad habits, which is why coaches start training with fundamentals (Mack, 2012).

Many resources offer insight into how to perfect your technique, but nothing can replace an expert analysis of your particular style. Work with a qualified coach who can dissect your performance and point out your flaws as you’re more likely to not be able to see them (Mack, 2012).

Practice, practice and more practice is the key. The more you practice the sooner it will become engaged into a muscle memory and the sooner it becomes this, the action will become natural and you are able to improve both your movement and performance on and off the sporting field (Mack, 2012).

movement. Practising an exercise with resistance teaches an athlete’s brain to fire the

correct muscles to achieve a desired motion. Over time, the athlete’s technique to

the exercise becomes ingrained and the movement becomes more automatic.”

So, what actually happens?

Muscle memory, also known as neuromuscular facilitation, is the process by which muscles become familiar with certain motor skills. Furthermore, when signals from the brain are sent to the muscle, a pathway becomes established and this process becomes semi-automatic. Once this happens, athletes won’t need to concentrate intensely to create the desired movement. It is likely that the muscle tissue will also develop long-lasting changes (i.e. increases in fibre size and changes in fibre composition).

Functional strength training helps athletes develop muscle memory so that they can quickly access their movement patterns during performance. The neuromuscular system goes through a cycle when developing strength: teach the brain to fire correct muscles to contract with a new movement, add resistance, recruit more muscle fibres to oppose the resistance, build strength and adapt to the resistance, increase the complexity or resistance, and repeat.

Additionally, performing strength exercises when the body is fatigued will teach the brain to recruit muscles when it normally does not. This adaptation is useful at the end of a race, game or event, when an athlete’s strength normally begins to wane.

This is why your coach may ask you to attempt near max lifts, or a heavy triple during a gruelling training session! This is also why deadlifting after squats and bench press in training will also help on the platform.

If athletes do not perform an exercise with sufficient resistance, velocity, or complexity, they might develop muscle memory for an improper movement pattern. Because practice solidifies muscle memory, athletes should pay attention to how they execute resistance training.

Sufficient Load: Powerlifters are used to using large weights (relative to strength), it is important that the body is pushed and the last couple of reps in a set are a moderate struggle. As always, technique takes priority over increasing resistance. In order to reduce the risk of injury, it is important that athletes memorise the right technique before they start adding more resistance.

Sufficient Velocity: For each exercise, athletes need to move through the movement with sufficient velocity. Strength training with speed builds neural pathways and movement patterns that enhance performance. Athletes may need to decrease resistance to ensure they can move with enough velocity and the correct technique.

Sufficient Complexity: Whole body exercises more closely approximate the neuromuscular demand of movements in sports because they require coordination among several muscle groups to achieve the motion. Functional movements like squats, deadlift and bench press demand complexity and teach the brain to fire all the muscles necessary.

Neural adaptations are happening all the time during strength training. The brain sends signals along motor pathways to tell muscles when, how quickly, and how powerfully to contract to produce movement.

Bio:
Danny has been an integral part of Taylor's since the very beginning, having played a huge part in the way of our high standard of coaching, and always striving to help the business improve.

As well as being the right-hand of Taylor's Strength, Danny has pursued a career in sports massage therapy and currently studying to become a fully qualified physiotherapist. This, alongside his wealth of experience in multiple aspects of training makes Danny our absolute go-to guy for preventing injury in our athletes and aiding those with their rehabilitation. 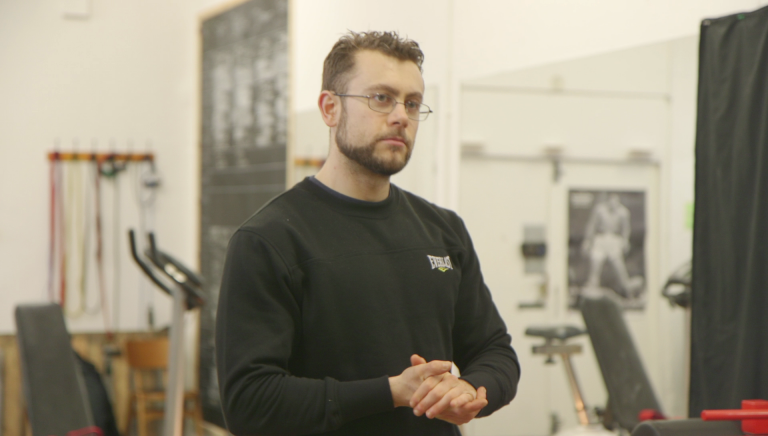